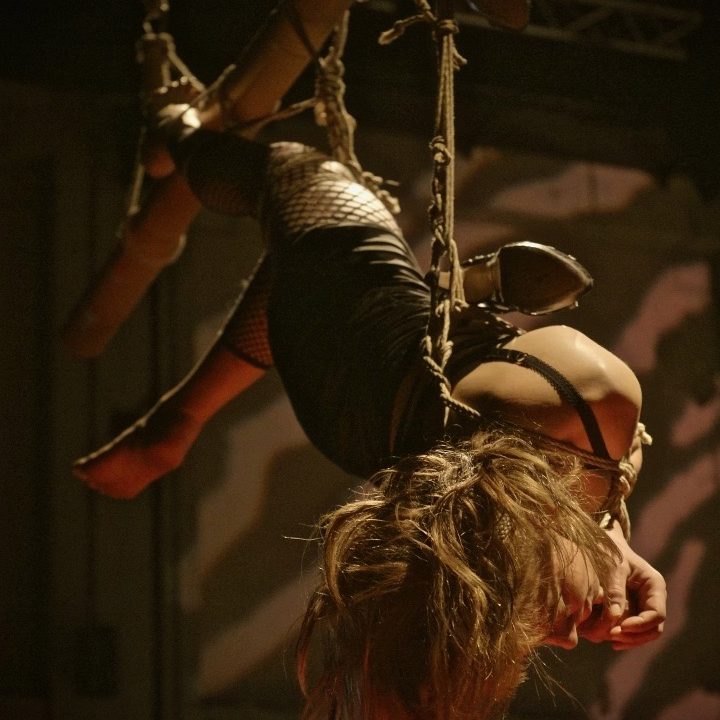 Parallel to her artistic work she focuses on different body practices as Yoga, Nutrition and Hypnotherapy.
She teaches workshops about Female Empowerment, Conscious kink, Gender Fluidity and theatrical Bondage. In 2013 she started to collaborate with the choreographer and conceptual artist Felix Ruckert on different projects: Performances, Music Videos and Workshops combining Art, Kink and Body Awareness. Together, they created “The New Civilization Training“, a fasting retreat that take place in Germany, twice a year, since 2016. They also realized few music videos: “Yogi Girl“ in 2015 and “Two girlfriends are better then one“ in 2016, selected to the Berlin Music Video Award.
Since 2017 she co-curated with him the program for Xplore festival for Roma, Barcelona and Copenhagen.
She played in few rope performances together with the artist Pilar Aldea and in 2018 she created together with the artist Anna Natt, the play space “School of Love“ for the xplore Berlin festival.
She is currently editing her next film, a documentary about the Sex-Positive scene in Berlin.